During July we called on you to help us show a Heart for the Homeless in our city, and you responded in an amazing way.

Throughout the month we had people donating sleeping bags, warm clothing, toiletries and other essential items at 10 drop off locations across Perth, to help the thousands of Western Australians who have no safe and warm place to sleep in our state on any given night. Over the past few weeks we’ve heard from representatives from our partners in the appeal, One Voice, St Pat’s and Uniting WA, who shared about the important work they do in our homeless community and the impacts they see every day. We were also blessed to hear from Damien Watt, who used to live on the streets and now works with Uniting WA to assist others who are going through the journey of homelessness. Kirste and Dan from The Brekky Show stand beside “the wall” of brand new, donated sleeping bags.

Uniting WA Co-CEO Michael Chester shared how the organisation was excited to become a part of the Heart for the Homeless appeal for the first time this year.

“We’re really pleased to be walking along side you in our efforts to address homelessness. We are receiving lots of items that are really important for people sleeping rough. There’s been an increase in homelessness among certain segments of our community in recent times, including single women over age 55, who are fleeing domestic violence. Also, young adults, just over 18, who don’t have the same resources as adults to access rentals. The rising cost of living has also put immense pressure on people. Some people have had to sleep in their cars.”

On Monday we worked with our friends from Titan Ford in Melville and Lynford in Osborne Park to collect the donated items from across the city. Filing a Fiat Ducato van, six Ford Everest and a Ford Puma, we gathered the items and took them for sorting at a space made available for Titan Ford. We then spent Tuesday sorting and couting the items, with an amazing group of volunteers, ready to be distributed to St Pat’s, One Voice and Uniting WA on Wednesday.

Connor, Lockie and Sam from 98five, joined by Mark and Brad from Titan Ford and Lynford deliver donated items to Uniting WA.

So, you’re probably wondering just how many items you helped us collect! Well…


In total, you donated over 8,200 items to our Heart for the Homeless appeal! This includes every single razor, toothbrush, toothpaste and shampoo. Over 240 sleeping bags were donated, as well as almost 1000 pairs of socks, over 900 undies, more than 1400 toothbrushes and toothpaste tubes, almost 300 bottles of shampoo and conditioner, nearly 700 razors and just under 900 items of warm winter clothing! After collecting all of the donated items, a team of volunteers sorted the items and organised which beneficiary would receive which donations.

Thank you to everyone who took part in the appeal, including our many collection points including Woodvale Baptist, Riverview Church, Mount Pleasant Baptist, St Stephens, New Life Fremantle, C3 Hepburn Heights, Lakeside Baptist, Power To Empower Gym, Titan Ford and Lynford. We’re truly humbled by your support, and we know that our amazing partners at One Voice, St Pat’s and Uniting WA will make sure all of these items make a big impact on the lives of the 9,000 West Aussies who are sleeping rough on any given night. 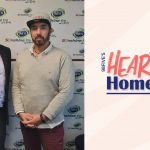 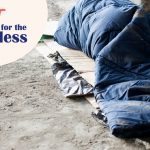 How the City of Perth is tackling the issue of homelessness 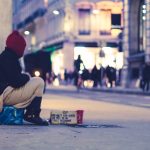 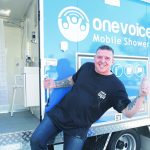