Set in 1943, the film follows two brilliant intelligence officers, Ewen Montagu (Colin Firth) and Charles Cholmondeley (Matthew Macfadyen) who conceived a plan that was dubbed Operation Mincemeat. They would trick the Nazis into thinking that Allied forces were planning to attack southern Europe by way of Greece rather than Sicily. Their plan was to get a corpse, equip it with misleading papers, and then drop it off the coast of Spain where Nazi spies would take the bait.

It didn’t take long for the movie trailer to hook us after we hit play. But before we even watched it we were baited by the film’s biggest drawcard: Colin Firth in the leading role! This of course kick-started the chatter around the 98five office… Colin Firth has over 90 acting credits. So which is his best, most iconic role? We’ve managed to whittle it down to two options.

To win a double pass to see Operation Mincemeat in cinemas, all you have to do is answer one simple question. Which of the following films is Colin Firth’s best movie, Bridget Jones’s Diary or The King’s Speech?

This competition is now closed.

Complete your entry below and you’ll be in the draw to win!

98five competition Ts and Cs. The competition closes at 11.59 pm Sunday the 15th of May. 4x winners will be drawn at random from those who enter.

Make sure you follow us on socials for even more competitions and giveaway! 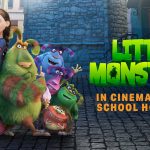 Win: Take your family to see Little Monsters at the movies!