The Perth Wildcats have made light work of the Illawarra Hawks, cruising to a 103-76 win. The presence of LaMelo Ball helped attract a crowd of 13,550 at RAC Arena, the largest ever regular-season attendance for a Wildcats v Hawks game. 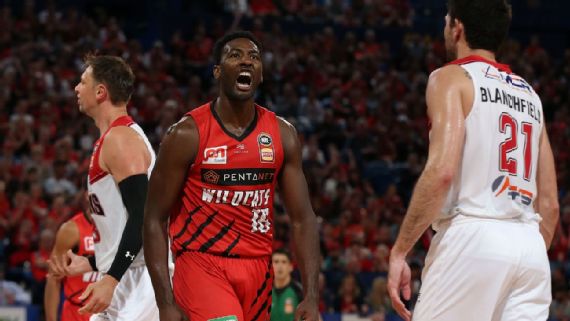 Ball finished with 15 points and 8 assists, while David Andersen scored 14 points in his 100th NBL game. The result takes the Wildcats to a 2-0 record to start the 2019/20 season.

Hot-shooting Bryce Cotton led the way 28 points and 7 assists. While Cotton had 23 at the main break and was looking ominous to score 50 plus but only had 5 points in the second half. Terrico White finished with 19 points 6 rebounds and 3 assists.

Meanwhile, New Imports Dario Hunt and Majok Majok both had breakout out games. Hunt racked up a double-double with 16 points and 10 rebounds the recruit played with aggression and confidence to impact the game, while Majok Majok had 8 points and crashed the glass with 8 rebounds.

Nick Kay didn’t have an impressive game-scoring-wise but the big man continues his great form for the Wildcats since coming across.

“The guys were on song, they have a lot of scorers, they can rack up points in a hurry and our perimeter defence was outstanding,” he said.

“It was a step forward for us. Last week we only played two quarters and tonight we played a good, solid four quarters of basketball.”

The Perth Wildcats now face the Cairns Taipans next Friday at RAC Arena, While Illawarra hosts Cairns Taipans in an important game for both teams at the WIN Entertainment Centre on Monday.

Win Family Passes to see “The Elfkins: Baking a Difference” in cinemas