Who altered your garden?

Bec and Jeziel asked the question, “Who altered your garden?” This comes after Jeziel’s neighbour ran into him on the street mentioning that she tried pulling a bush out of Jeziel’s garden but she couldn’t reach it thus she told Jeziel that HE should pull it out.

Jeziel said that this bush has nothing wrong with it and he actually quite likes it. He does not understand why she would want to get rid of it since it does not even touch her side of the fence! Bec’s neighbour however, loves moving her lawns on a regular basis! Thus, Bec and Jeziel posed the question, 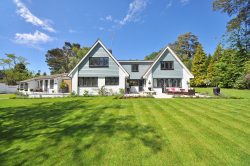 “Who altered your garden?”

Helen gave us a ring and and her neighbour used to water her garden… but after a couple of months her neighbour came to her and asked if she can water her own garden since her water bill was getting too expensive.

Monica came home one day and the neighbour had taken out the whole rosemary hedge that divided their front yards. When she asked them what was going on they said they were getting a new concrete driveway poured and it was in the way. But it was on Monica’s side! What happened to Monica next will have your jaw drop!

Let us know what has happened to you by sending us a message on our text line or DM us on Instagram.

Have a listen to the conversation below:

Prices of Goods: The Only Way is Up?

We have MORE family passes to The Perth Royal Show to giveaway!

Midweek Motivation: When Everything is Going Against You

Let’s Get Passionate: The Best Place to Watch the AFL Grand Final

What have you crashed into?

Do you track your family members?

How did you break a chair?