When did you lose your car?

Jeziel went to buy lunch and was when he walking back to his car he noticed a suspicious man standing next to car looking inside. The man had his keys in hand and was trying to unlock the car. He mistook Jeziel’s car for his own. 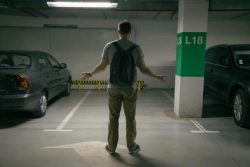 Vicky’s parents couldn’t find their car and after looking for an hour they thought it had been stolen. They called Vicky’s sister who called the police. After having another look they eventually found it. “They were driving down the freeway and were like hang on a minute. If the police see our car they’ll think we stole it. So they called my sister and said tell the police it’s not stolen!”

Marilyn took her mum shopping and went back to the car with the groceries. She saw her mum walk across the car park and get into another car. “I’m tooting the horn I’m waving my hands. I get out of my car knock on the window. She looks at me and doesn’t get out of the car straight away. Took a bit of enticing to get her out.” 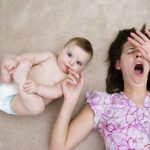 How many hours of sleep does a new parent lose in the first year?