What is your dumb workplace rule?

Workplace rules help keep employees safe. Sometimes certain rules can sound ridiculous and seem a bit unnecessary, but maybe the company is just trying to prevent a specific event that occurred from happening again. In an online thread people started sharing their dumb workplace rules and why they were introduced. 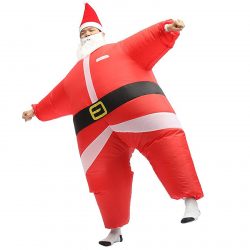 So Bec and Jeziel wanted to know what is your dumb workplace rule? An anonymous listener shared that their friend was a postie. During Christmas time they had lots of mail to deliver within a certain amount of time, so they packed two bags of mail on their bike. But they didn’t realise the second bag was over the exhaust pipe and as they drove away the mail caught fire and the whole bike burst into flames! From then on they were told they could only take one bag at a time. “So someone lost their Christmas cards that year.”

At Ryan’s workplace, you are not allowed to wear an inflatable Santa suit, and it is all his fault. He wore it to work one year and everyone loved it. He went to the executive level where all the managers were having lunch and was doing a little dance, but he slipped and fell onto his back and the suit burst! “I got up in pain and just ran out of there.”

What is your dumb workplace rule? Let us know by texting or messaging us on socials. Listen to the full chat below!

What’s Trending: The safest place to sit on a plane