The Western Australian government has announced a public sector pay rise of 3% per year for two years, plus a one-off $2,500 cost of living payment.

The policy affects 150,000 public sector workers and the government has estimated it to cost $634 million per annum, for a total of $2.54 billion over the next four years. Premier Mark McGowan said, “I want to acknowledge the efforts and work of our entire public sector workforce and that is why the cost-of-living payment will go to every public sector worker, not just one particular sector like in some of the other states.” Kirste and Dan wanted to know if are you affected by this decision and if you are for or against the pay rise.

Louise is an occupational therapist and believes the pay rise should match the cost of living. Essential workers are already under so much pressure with staff shortages, having to work so hard and still not be able to pay the bills might force a lot of people out of the public sector. “There is just such a significant gap there. Many people aren’t going to be able to pay their mortgages, their car loans, or send their kids to school. A lot of people live paycheck to paycheck so I don’t think it is okay.”

What are your thoughts on the public sector pay rise? Let us know your thoughts by texting or messaging us on socials. Listen to the full chat below! 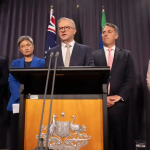 What can we expect from our new Labor Federal Government? 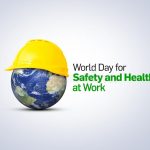 World day for health and safety at work 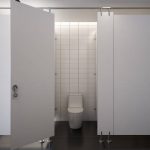 37% of people refuse to use public toilets