Today I learnt that a 6-year-old was the youngest female to be in enlisted in the Australian Navy! 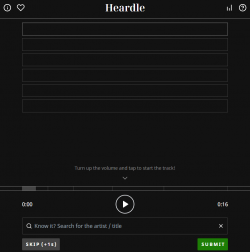 There is a new Wordle-inspired game called ‘Heardle’ where you have to guess a song each day. Snippets of the song are given as clues and you have 6 attempts to get the right answer. After each unsuccessful guess the snippet becomes slightly longer 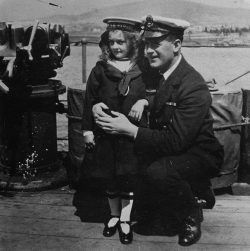 Six-year-old Nancy Bentley, was the youngest female to be enlisted in the Australian Navy. In 1920, She suffered a snake bite in Port Arthur, Tasmania. The nearest medical assistance was too far away so in desperation, her dad took her to HMAS Sydney. At the time, regulations did not allow for civilians to be given medical treatment on board. So the commanding office, Captain Henry Cayley, enlisted her into the Royal Australian Navy as the ship’s mascot. She was given first aid and transported to Hobart to receive further medical treatment. Eight days later she was officially discharged, the reason recorded as ‘being required by her parents’.

Did you learn something new? Let us know your thoughts by texting or messaging us on socials. Listen to the full chat below!