TIL: In 1990 a pilot was sucked out of a plane and survived 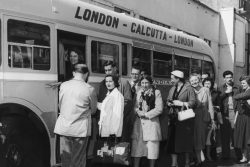 A pilot was sucked out of an plane and survived!

In 1990, a British Airways flight had ascended 17,000 feet and the flight attendants were preparing for meal service. Flight attendant Nigel heard a loud band from the cockpit and the cabin filled with condensation. The plane had suffered an explosive decompression and the windscreen panel separated itself from the frame. This caused the captain to be sucked out of the aircraft. Nigel saw the pilot hanging head first out of the window, exposed to the extreme wind and cold. The autopilot had disengaged so the plane started to descend rapidly.

Nigel rushed to grab the pilot while the other flight attendants secured loose objects and instructed the passengers to adopt brace positions. The plane was not equipped with enough oxygen for everyone on board, so they began an emergency descent to reach an altitude with sufficient air pressure. He re-engaged the autopilot and broadcasted a distress call, but he couldn’t hear the response from air traffic control because of wind noise. Other fight attendants continued to hold onto the captain although they believed him to be dead. Eventually, they heard clearance from air traffic control to make an emergency landing. The pilot survived with frostbite, bruising, shock, and fractures to his right arm, left thumb, and right wrist. Nigel dislocated his shoulder and had frostbite on his face, with damage to one eye. 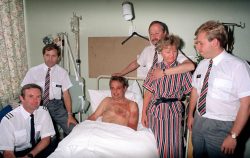 Did you recently learn something new? Let us know by texting or messaging us on socials. Listen to the full chat below! 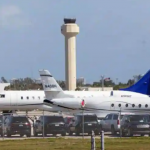 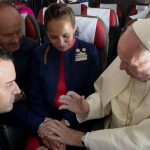 TIL: Pope Francis married two flight attendants on a plane during a trip to Chile.