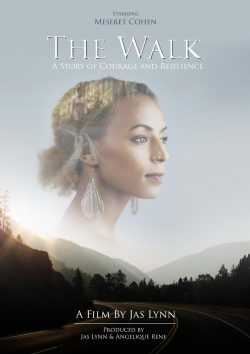 There is a new documentary in the cinemas this weekend, “The Walk“.  Jas Lynn who is the director and the producer gave Bec and Jeziel a ring to talk about the documentary.

Jas Lynn mentioned that it took about 4 years to make the documentary. She met Meseret at Perth Bible College when Meseret was a receptionist and they instantly became friends. Jas Lynn knew that when she heard Meseret’s story that it had to be told.

This movie is about a young woman’s journey from Ethiopia to Australia. Meseret & her siblings were given to an orphanage in Ethiopia, a country with a history of famine, war, and instability. At the age of thirteen, her prayers were answered when she was adopted by a family in Busselton, Perth Australia to start her new life. Many would see this as redemption, but the walk to discovering her true self has just begun. Her resilience & courage to keep going has inspired many!

This 35-minute documentary will give you a new perspective on how to push towards a new beginning, even after tragedy strikes.

All the proceeds from this film will be donated back to the Kidane Mehret Children’s Home in Ethiopia.

If you would like to support this amazing documentary, you can find tickets here.

Have a listen to the full interview below:

Midweek Motivation: Go for a Walk

The Third Son, tells the story of Obang Girma

What did you walk into?