The most unpopular baby names for 2022

The most unpopular baby names for 2022 have been revealed.

The list, released by Bella Babies, used statistics from Baby Names UK and Google Trends to collate the results. Angela, Kimberly, Nicole, Ashley, Lorraine, Suzanne and Sophia are the least popular names for girls. Bill, Chad, Stuart, Kobe, Nigel, Graham and Gary are the most unpopular for boys. 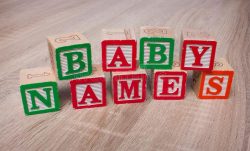 A truck carrying 10,000 turkeys caught fire on a highway in Florida

The fire department extinguished the fire, but it sparked back up and had to be put out again. Fortunately, no one was injured but a lot of people’s dinner may have been ruined.

Dr William Mead’s gravestone in Hertfordshire seems just like any other. But many people have raised their eyebrows at the words carved onto it. “William Mead M.D. who departed this life on the 28th day of October 1652, aged 148 years, 9 months, 3 weeks, and 4 days.” Even in the present, it sounds impossible to live that long, but if this is true he would have been born in the early 1500s when life expectancy was between 30 and 40 years old, making it even harder to believe. But according to a local legend he had created the ‘elixir for life and his wife had put the inscription on his gravestone to boost sales.

What did you think of these Newsli stories? Let us know by texting or messaging us on socials then catch up on the latest Newsli headlines below! 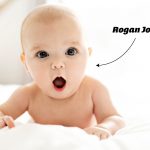 What would be your bogan baby name?