The Man who inspired Tom Hank’s film ‘The Terminal’ has passed away at the airport where he lived for 18 years.

In 1977, Mr Nasseri was expelled from Iran for participating in protests so he decided to settle in the UK. In 1988, he arrived in London but his papers were lost after his briefcase got was stolen. He was refused entry into the country and sent back to France. But while his entry into Terminal 1 of the airport was legal, he had no country of origin to return to. So he began living at the departure lounge. Court cases through the years found that while he couldn’t legally be expelled from the terminal, he equally couldn’t be granted entry into France.

Both France and Belgium offered him residency at various times, but he refused to sign the papers as they listed him as being Iranian instead of British. In 2003, Steven Spielberg paid Mr Nasseri $US250,000 for the rights to his story. His story inspired documentaries, an opera and films, including ‘The Terminal’ starring Tom Hanks and Catherine Zeta-Jones. In 2006, he was hospitalised and his home at Terminal 1 was dismantled. He left the hospital in 2007 and lived in a Paris shelter. In recent weeks Mr Nasseri had returned to live at the airport, though the reasons for this are unknown. Unfortunately, he suffered a heart attack on Saturday, and airport medics were unable to save him.

Velcro is actually a brand name.

They even launched campaigns to get people to stop saying ‘Velcro’. The correct term is actually ‘hook and loop’.

Have you watched ‘The Terminal’? Let us know by texting or messaging us on socials. Listen to the full chat below. 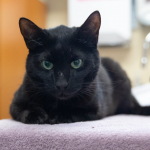 Cat reunited with family after roaming Boston airport for 3 weeks 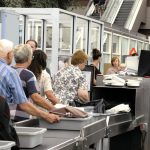 What got confiscated at airport security? 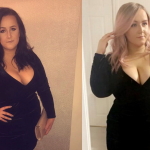 A woman has worn the same dress for five years