The Hope we always have as Christians

Hammo recently watched the new Top Gun movie, and was shocked to see that Tom Cruise has barely aged since the first film was released in 1986.

However the reality is that life always catches up to us. “Sooner or later in another 36 years he is going to get older. He’s going to get weak.” But getting older and eventually dying is not the end for people who believe in God. We get to look forward to heaven and being given new bodies.

As he gets older, Hammo says he can not wait for the day God renews the world and his body. So if you are feeling down about life remember the hope we always have as Christians. “The Bible says we are given new bodies we are restored and all creation is made new again.”

Let us know by texting or messaging us on socials then listen to the full chat below! 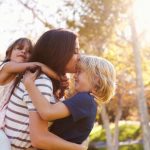 Hope Box: Demi’s kids are her greatest story of hope

Another Story Seen and Heard: An Update from Shane 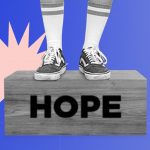 Leave a message for The Family on the 98five Hope Box