The Future of Shopping Centres in a Digital World

Grant Dusting, Director of Strategy from McCrindle, joined Mike to discuss the future of shopping centres in a digital world.

Prior to COVID-19, many people were already utilising digital payments and online shopping. Then it became essential to keeping people safe, and now is a regular part of everyday life. So where does that leave the future of the shopping centre?

In 2007, the same year Steve Jobs announced the iPhone, almost 70% of payments were cash. But digital payments have been on the rise. Today card payments are 2.4 times what they were a decade ago. So it is not surprising that 7 in 10 people believe Australia will be a cashless society by 2031. This will open up a number of opportunities for consumers and organisations. As the frictionless experience that comes with the integration of digital intelligence becomes mainstream.

As we move even closer towards Christmas, Grant had some stats to share on Re-Gifting: 1 in 4 Australians Re-Gift. “I think those that advocate for re-gifting would see themselves as they’re just recycling.”

“When it comes to gift giving, give a spare thought for poor Santa because if he actually wants to deliver all the gifts to Australians before it becomes light on Christmas Day, we’ve got 9.9 Million households to deliver to in Australia so he only has 3 and half milliseconds per household, so he’s pretty quick!

The Secret Life of Digital Assets 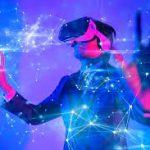 The Metaverse is quickly becoming a future trend