On Sunday just gone, the 98five team were privileged to be a part of The Sunshine Beach Run. An awesome event run by Red Nose, to raise awareness and funds for research into SIDS. There was a bitter-sweet tension in the air. We saw the community come together, frolicking in the sand enjoying the festivities and then you think about the tragedies that brought all these people together and that’s heartbreaking. Those stories are exactly why events like these are so important, to bring people together in times of tragedy.

Red Nose has seen an 85% reduction in SIDS and that’s predominantly done through research into safe sleeping, mostly funded by events like this one.

We also got to share a few special moments with some Eagle’s stars. Luke Shuey and Jack Darling joined JD on air alongside their team physio, Chris Perkin. Chris Perkin started the event 8 years ago after living through any parents’ worst nightmare. Tragically Chris and his wife lost their little boy. Jake was stillborn at mid-term and in a dire turn of events, Chris lost his wife to complications 10 weeks later. Chris started this event with the determination to see no other parent ever experience the pain he did. “Saving baby’s lives is Red Nose’s mantra, and that’s what we’re here for. To raise money and support the research to save baby’s lives and to celebrate the memory of those lost”. As a brand new Dad to 6-month-old Ollie, Luke Shuey seemed sombre as we chatted to him and he imagined what it would be like to be in the position of some of those at the event.

Have a listen to Luke Shuey and Chris Perkin reflect on what this event means to them below. We also got to meet the gorgeous Max Darling who basically stole the spotlight off his dad Jack. Jack Darling is a big guy with a big heart for these kids and this cause. When he became a new dad, he and his wife had a few hard weeks as their Max spent a short time in ICU. Max is healthy as ever now but after a slight taste of that experience, he feels a strong bond to the Red Nose family.

Jack Darling shares his story below.

Another life-altering experience brought CEO Keren Kudski into the picture. She lost her third born Ben to SIDS in 1988 and since then she’s been a part of the Red Nose family. From client to volunteer to staff to board member to now CEO. For the last 30 years, she’s been right along side the thousands of people fighting against SIDS. A sense of community to families dealing with bereavement is so healing. “To see an event like this, bringing people together so that they don’t feel alone or isolated in their grief, no matter how long ago their child died, I’m so passionate about. I’d hate to think anyone was dealing with this alone.”

Red Nose has seen an 85% reduction in SIDS and that’s predominantly done through research into safe sleeping, mostly funded by events like this one. But that still isn’t good enough, Red Nose and the Sunshine Beach Run is working towards 0 deaths. It was an awesome sight seeing the community support each other. We’re so glad to play our small part in helping more people hear these stories and of course replenishing the Sunshine Beach Runners after their race with icy cold Brownes Dairy Choc Chills, kept chilly by Auswest Cool Rooms! 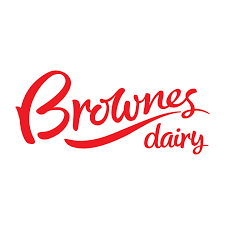 Eagles Back to the best after big win over Bulldogs