Steve McAlpine, or ‘Steve McAl-fine’ as Bec calls him!

Yesterday we had a special guest in the studio, from Providence Church Midland and Third Space. You may know him as Steve McAlpine but Bec has been calling him Steve McAl-fine!

Steve shared what he loves most about our city. He thinks Perth is a great place to have a lot of little hopes, because it’s heaven on a stick! So what does Steve McAlpine hope for, for our city?

“I hope people turn to something other than those little hopes. Ultimately we believe that’s in Jesus. The fruit of that would be that they would then give hope to other people. It’s very easy, as the city gets bigger, to focus on our own little hopes. It’s a danger in a culture to become so easily isolated.

And then at the same time there are people who have no hope. There is a lot of people who are struggling, mental illness is big. We want to present a bigger hope that lasts beyond the little hopes of this day and age. “

So what role does 98five play in that?

“A voice of hope, in a place that has these mini hopes, you have an ability to make people stop and think ‘oh yeah I’ve never thought about it like that’. Sometimes you see other media, especially social media, get so rancorous and angry. 98five has become a beacon in what it does as things get darker, you have a real opportunity to show something different, what hope looks like in a community, with people you agree with and don’t agree with!” 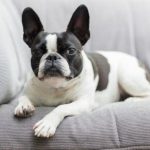