While the current news cycle is being dominated by COVID this and lockdown that, there’s been a steady stream of stories that may have flown under your radar. Many commentators have raised questions about China’s handling of COVID-19, there’s a couple of other issues that are worth noting. Our resident lawyer and social commentator Simon Creek dropped by to catch us up. 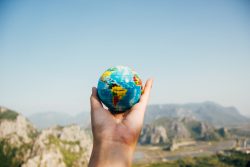 In April, a report obtained by the ABC revealed that in the event of a large scale disaster, Australia would begin to experience food, fuel and water shortages within three months. This is mainly due to our nation’s reliance on imports from China for vital supplies. Compounding this is the fact that China buys one third of all exports from Australia.

Of course, the system works both ways. Many of China’s citizens have become accustomed to a middle class lifestyle, which is unobtainable without foreign imports. Australian wine, beef, barley and other products prop-up a very comfortable lifestyle for many people.

With a bargaining chip like this, it’s easy to become complacent, but it’s not a guarantee. With our nation and economy so reliant on the supply and demand from a much more powerful state, the big question is, what happens if this all stops?

Amongst all this talk, it’s important to make a distinction between the Chinese government, and the Chinese people. There are over a billion people in China who live under a communist regime. In Australia there’s also a large number of immigrants who have left China to escape this regime. So while a lot of talk is focused on the misdeed of China, it’s very important to remember that it’s the doing of a totalitarian government.

A big concern here though, is how Australia reacts to this government and their activities. China is making strategic moves to control the Spratly Islands in the South China sea. While none of these islands legally belong to China, they have laid claim to all of them. The Australian government has protested this move as unlawful. Now the question is, how will China respond? If we don’t bow to their demands, how likely are they to “punish” us? And what might this punishment look like?

To hear all of Simon’s thoughts on this topic, including a reassuring conclusion, check out the podcast below:

Hitched: the three phases of love