Should we rename the Logies?

After a two year hiatus due to the pandemic, the Logies were back!

Have you wondered why they are called the Logies? Back in the 1960s, Australian TV legend Graham Kennedy came up with the name  to honour John Logie Baird. A Scottish engineer who invented the first working television. But since it has been over 60 years maybe it’s time to refresh the name? Maybe something more Australian? So Dan and Leon wanted to know what should we rename the Logies? Here are some named they came up with:

Do you have any suggestions? Let us know your thoughts by texting or messaging us on socials. Listen to the full chat below!

The infamous Bayswater bridge is being replaced! 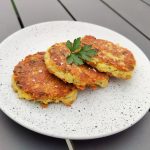