NEWSLI: Rita Ora and Taika Waititi have tied the knot

Rita Ora and Taika Waititi have tied the knot

Rita Ora and Taika Waititi have tied the knot after dating for a year and a half. The couple exchanged vows in a private ceremony in London. “It was a really intimate ceremony and super special for everyone there. Their nearest and dearest can see how madly in love they are.”

A man used his severed finger as fish bait

Chris was on a fishing trip with mates, they decided to drop some crab pots. But when he picked up the pot a crab bit off his finger. Instead of rushing to the hospital he attached his finger to a line of bait and threw it overboard. “I ended up catching a 25-pound golden trevally. It was the biggest fish we caught that weekend so I had bragging rights.’ 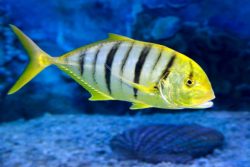 Family has two kettles – one for water and one for soup

In an online forum, a woman explained that her friends think she is crazy for having two kettles. “Basically, in our kitchen, we have two kettles. One for boiling water and one for warming soup. The kettle makes the process simple and easy, I thought lots of people did this.”

What’s Trending: The safest place to sit on a plane