Every day on Kirste, Dan and Producer Leon serve up a yummy dish of Newsli. (Like Muesli, get it?)

No one knows who placed a miniature house on top of a 30-foot tree stump at San Francisco’s Golden Gate Park. The miniature model of the Victorian home has been drawing in visitors but was only noticed by park officials 6 weeks ago. The blue and yellow house has a handwritten message on the side that says: “Where there is hatred, let us sow love.” 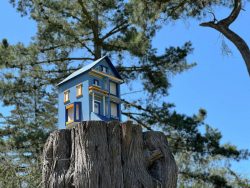 A man is facing eviction after his neighbours filed several noise complaints about his constant singing. Jesse Thomas is a huge fan of the song ‘Eye of the Tiger’ by Survivor. He has even become a viral sensation for it on TikTok. Although his followers love his singing his neighbours have had enough. “I just got a letter from my landlord that my neighbours are complaining about me singing Eye of the Tiger non-stop, and if I don’t stop I’ll get evicted.“

Qantas’ first direct flight from Perth to Rome has set a new speed record. It touched down in just 15 hours and 34 arriving an hour ahead of schedule. 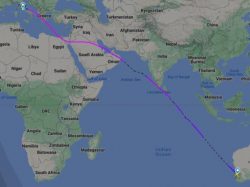