The Addams Family was named one of Perth’s top ten shows of 2021. So you won’t want to miss out on another chance to catch the Addams family in action! Brendan Hanson, who plays Gomez, joined Bec and Jeziel to tell us more about the show. Brendon is excited to perform in Perth again and has fully embodied his role. “Basically, I tango around the house now it’s the only way that I move.”

The show is almost the same as last year but with one switch up. The story follows Wednesday as she tries to introduce her ‘normal’ boyfriend to her kooky family. “We’ve lost our boyfriend…now our lurch from last year is becoming the boyfriend.” But his favourite part of the show is and father and daughter moment between Gomez and Wednesday. Where he encourages her to live the life she wants. “As a dad, it cuts me every time.”

You can watch The Addams Family at the Regal Theatre from the 7th-15th of July, tickets are on sale here. Let us know your thoughts by texting or messaging us on socials. Listen to the full chat below! 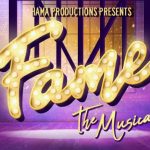 Fame The Musical is coming to Crown Theatre this April 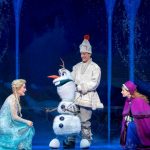 Disney’s Frozen is coming to Crown Theatre this August!