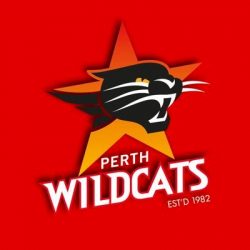 Ahead of the 2019/2020 NBL season the Perth Wildcats are excited to introduce the final addition to there 2019/20 playing roster, Dario Hunt. Standing at 206cm with a seven-foot wingspan and weighing in at 104kg, Hunt is a versatile centre with tremendous athleticism.

Having played the majority of his professional career in Europe, Hunt is excited to be heading down under to join the NBL champions.

“It’s a new opportunity, a new country I haven’t been to before and to be playing for a great club is something I’m really looking forward to,” he said.

“I play with a lot of passion and a lot of heart. I love to compete each and every chance I get on the court. I try to make as many plays as possible for the team.

“I’m just excited to get down there and get started for the season.”

The 30-year-old has since played in the NBA G League, as well as in the Ukraine, Austria, France, Italy and most recently Belgium.

Perth Wildcats coach Trevor Gleeson said his defensive ability is what stands out.

“Dario’s a tough player. He’s defence-first. He’s a shot-blocker who can take the ball off the rim and start the fast break. He’s very athletic and agile and with that wingspan he’s going to be a problem for opponents,” he said.

“He’s been selected as an All-Star in the top leagues in Belgium, Italy and France which is an outstanding achievement.

“We’re excited to get him here, we think Dario is a great fit for the style we play and the unselfishness we want to play with. He’s really going to compliment us.”

Would you eat something if a bug touched it?

Keeping The Peace Over Christmas

Is Your Spouse A Gift or A Given?