Every day Kirste, Dan and Producer Leon serve up a yummy dish of Newsli. (Like Muesli, get it?). A parking dispute between neighbours has escalated after one neighbour threatened to call the police. 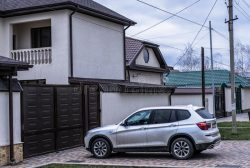 In an online forum the man explained his frustrating situation. He and his housemate each have a car and have to share one driveway. So his housemate parks on the driveway while he parks near the fence. But his ‘nightmare neighbour’ who has 7 cars constantly parks behind his driveway blocking his housemate, in his spot near the fence and in the middle of the street. “We have gone to the neighbours several times asking them over and over to leave at least ONE spot in front of our fence open for us to park. Just one.”

“However, this simple ask is too much. When we ask the neighbour gets all defensive and yells that she can park wherever she wants to and there’s nothing we will do about it. However, per city we do own the 10 feet in front of the fence line.”

Things escalated when he returned home after a night shift and was forced to block his neighbours car. She got in her and started blasting the horn and sending him texts that she was going to call the police. This is apparently the first and only time in seven years they’d blocked them in and came after years of the neighbour selfishly blocking their cars.

What would you do in this situation? Let us know by texting or messaging us on socials then catch up on latest Newsli headlines below!