Two people ran onto the field during the third quarter of the Fremantle Dockers vs North Melbourne game at Optus Stadium.

One of the ground invaders was caught by security but the other managed to jump over the fence and bolt into the aisle before being tackled by a fellow patron. The man held onto the streaker before security took over. This drew mixed reactions from the crowd with some booing and others cheering.

Ooff Lad got over the barrier and taken down in the aisle (Kim W) pic.twitter.com/8VMeImtpRC

Dan thinks the man shouldn’t have intervened “That’s a bad bloke. He should’ve just let him run. Are you a security guard? No you are not.” But Kirste disagreed. “He was doing a citizens arrest. He’s holding on to help the security to get the kid that is supposed to be in trouble.” So Kirste and Dan wanted to know what they family think. Chris agreed with Dan. “If he can clear that fence let him get away. What a legend! Citizens arrest is a really murky area…You are opening yourself up to litigation if they get injured.” But Nicolette and Robin were on Kirste’s side.

“Do we really want to breed a culture of its not my job? Then people get away with things they shouldn’t get away with.”

“Totally disagree with you Dan. Mr business shirt was doing his civic duty. The hooligans were lawbreakers, don’t forget that.”

What do you think? Let us know your thoughts by texting or messaging us on socials. Listen to the full chat below! 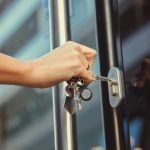 A Fresh look at home security 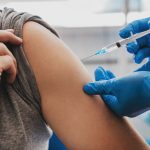 70% of Australians have a subscription to a streaming service