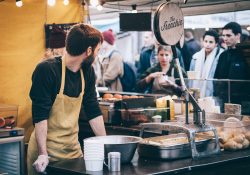 “Why don’t you have anything for infants,” said the doting grandfather as he walked around the store.

“What do you mean,” I responded, rather perplexed.

“We’ve been life-long fans of the club and now that we have just had our first grandson and we’d like to get him something.”

“Frankly, it never crossed my mind,” I apologised. “But I assure you, we will, very, very soon.”

This conversation occurred more than a decade ago in a sporting franchise’s merchandise store. It was in the early years of my time in sports management, an industry I was then relatively new to.

On commencement I spent my first year in every department, performing every role: from stacking drinks, to selling memberships, setting up venues and packing them down. I even apprenticed as an assistant coach for a local team to genuinely learn the game.

Spending time on the frontline is a practice I started very early in my career in management – both internally and as a consultant. For unless you intrinsically understand the organisation, you cannot truly manage it.

Not just in the initial period but always!

It is important to work in the operations – no less than at least an hour a week. Whilst it requires investing extra hours, the benefits of doing so are innumerable and invaluable.

A key tenent to authentic leadership is to first serve rather than be served.

There is no better way to understand what is required to perform than to walk in the shoes of those that do.

A manager who works on the frontline, particularly in difficult and unseemly roles, is far more likely to have the co-operation, support and dedication of the entire team than the ones that don’t.

Almost every organisation has what can only be described as ‘silly rules’. They arise from subjective thinking which is a natural human tendency.

For we all tend to organise ourselves, our people and the way we work based on what suits us best. Often, this is not ideal, efficient or even effective.

It may well be easy or convenient to the person setting the rules, but a nightmare for everyone else.

For example, many membership departments in social or sporting clubs (even today) keep the same work hours as the rest of the organisation – simply, because this fits nicely with the norm.

By spending time on the frontline it quickly occurred to me that the customer and the non-customer often wanted to interact after work and on weekends. A basic re-scheduling of the trading hours had an immense impact on the performance of the department.

In addition to avoiding silly rules, frontline engagement allows for deep learning of the work involved, the desired objectives and how they correlate – not just quantitatively but qualitatively.

Too often such matters are left to indicators or controls that are incapable of capturing enough information or ignore what’s important. They certainly do not allow for deep learning.

Returning to the initial story of the grandparent seeking infant fan merchandise, exemplifies how important customer interactions can be.

Instead of what may have been a standard response, “Sorry, we don’t sell any”, the experience resulted in the design and production of a range of merchandise not just for infants for people of all ages and walks of life.

More importantly, it was the catalyst for creating an organisation-wide conversation on the role merchandise plays in the lives of the fans, resulting in a system of constant research and innovation on new product lines; testing and reporting on what worked and what didn’t.

That particular franchise eventually became the league leader in merchandise sales far surpassing historical peaks and even outselling other franchises in other larger sporting codes.

Finally, frontline experience can be invaluable not just for the CEO, but senior management and even non-executive directors.

We have long argued that the traditional strategy framework is outdated – it is too top-down, prescriptive and formulaic having evolved when corporations sought to minimise deviations, systemise people and processes to make them more manageable.

Instead we propose a shift from Strategy to a focus on Purpose.

Leadership time on the frontline allows for a vertical and horizontal integration of the organisation so its purpose can truly be agile and able to respond to the fast-paced world of today.

It is worth recounting the fabled story of Tom Monaghan who in 1967 when working on the frontline of his flailing pizza store in Ypsilanti, Michigan on a wet and rainy evening asked a distraught mother who came in to pick up her order with a few kids in tow, if he could do anything to improve her customer experience.

She responded simply by saying, “No. Unless you’re willing to drop the pizzas off at my home next time.”

That experience kickstarted one of the most successful and innovative food delivery operations, making Monaghan’s Dominos a global brand.

Tom Monaghan has often attributed the secret of his entrepreneurial success to the simple mantra – “Always keep your eye on the operation.”

This article was originally posted on Nick Marvin’s Management articles. 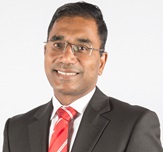 Nick Marvin is a company director, management consultant, and author. Nick Marvin studied Business and Computing at Monash University and has an MBA from RMIT University. He is a Fellow of the Australian Institute of Management (FAIM) a member of the Australian Institute of Company Directors and the Turnaround Management Association. He was listed in the 100 Most Influential West Australians (2015 and 2016) and in 1991, he won Rolling Stone Magazine’s national writing award.

Marvin has been married to Leigh for almost 20 years; they have six children who are home-schooled. They attend daily mass at Victoria Park Catholic Church.

Hitched: the three phases of love

The Pursuit of Goodness by Nick Marvin

The Importance of Being Innovative

9 Questions for Organisations to Consider When Responding to Covid-19