Charleroi was once the heart of Belgium’s coal industry. But has since been branded as the world’s ugliest city. It earned this title due to the numerous abandoned buildings, boarded-up houses and a notorious serial killer who called the city home.

Dr Chris Brown will be joining Dwyane Johnson and Kevin Hart as the stars of DC Comic’s newest superhero movie. He will be the voice of Mark the guinea pig in the animated DC League Super Pets.

A bear under the influence

A brown bear in Turkey got high on hallucinogenic honey. She got her paws on ‘mad honey’, which is the result of bees feeding on the pollen of rhododendron flowers. Ith carries a neurotoxin that can cause euphoria, intoxication and hallucinations. The bear is now sober and the Ministry of Agriculture and Forestry shared a video introducing her as Balkiz, which means ‘honey girl’. 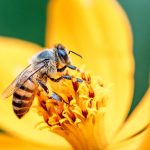 A DNA test revealed that a couple are actually siblings