Ever put on a white shirt and realise you got some foundation on the collar? A Melbourne mum shared her hack remove these stubborn makeup stains. Apply shaving cream on the stain and allow it to soak for 10 minutes, then scrub it with a brush or cloth. Wash the shirt as usual and BOOM the stain is gone!

In 1962, 3 men dug their way out of the maximum security prison on Alcatraz Island. Over 60 years later Clarence Anglin, John Anglin and Frank Morris remain wanted fugitives. After 10 days federal investigators concludes that the men must have drowned in the bay. But for years speculation has grown that the men may have survived and continued to live under cover. Their bodies were never recovered, and officials say there was evidence that a raft on a nearby island as well as evidence that a car was stolen on the mainland by three unidentified men. Police have released progressed images of the three men and asked anyone with relevant information to contact them. The world’s largest fresh water fish has been caught in Cambodia. The sting ray measured almost four metres from snout to tail and weighed just under 300kg! 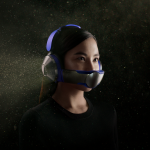 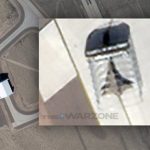 Newsli: Wordle Was Sold to The New York Times