She was gifted the gaming console by video game company THQ. But Buckingham Palace is unable to accept unsolicited gifts for security reasons. So the console was auctioned on eBay for 214,000! But the Queen did fancy herself a bit of Wii bowling on Prince William’s console. A Palace source said: “When she saw William playing a game after lunch at Sandringham she thought the Nintendo looked tremendous fun and begged to join in. She played a simple ten-pin bowling game and by all accounts was a natural.“

All to celebrate the launch of Kings Domain 3-in-1 shampoo, conditioner and body wash. Celebrity hairdresser Joey Scandizzo snipped off his mullet as fans watched. 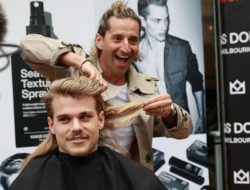 A B-52 bomber is roaming the skies over Britain after emitting an emergency squawk.

It is thought to be because one of the bomber’s engines failed. The US Air Force jet is now covering a path that takes in the northern end of Gloucester, Churchdown, Bishop’s Cleeve, Newent, Tewkesbury and Cheltenham. It is understood that it is in a loop so that it can burn off fuel before it can land again, according to local reports. 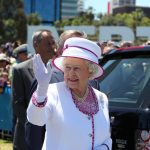 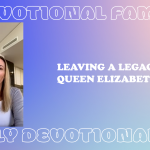