Kirste, Dan and Producer Leon shared another Newsli talking about Bruce Willis’ prolific 2021, Bluey’s real life house, and a heroic way to save a dog. 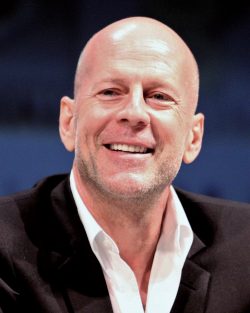 The Oscar nominations have been revealed, highlighting Hollywood’s best films and talent. Including Dan’s sister Rebecca! “For Nightmare Alley for Production Design.” But the Golden Raspberries, or ‘Razzies’, honours the worst. A new category was introduced ‘Worst Performance By Bruce Willis In A 2021 Movie’. American Siege, Apex, Cosmic Sin, Deadlock and Out Of Death are all nominated. “Maybe he just loves acting and hates money.”

The beloved Heeler family home is available on Airbnb. You’ll be sure to recognise the red letterbox, bone-shaped chimney and bay window. There is a slight catch though, only one family can stay in the house on the launch weekend. Keen parents will have to register their interest.

Jack Russell, Millie, who went missing was found stranded on some dangerous mudflats. After 2 days of trying to rescue the pup, they managed to lure her to safety by dangling a sausage from a drone.

What did you think of these Newsli stories? Let us know by texting or messaging us on socials. Listen to the full chat below!