Two people have survived with just minor injuries after their car plunged off a cliff in Auckland. This happened after the occupants were allegedly performing burnouts. Police were alerted of the incident at Bucklands Beach and the occupants of the vehicle were assessed by ambulance staff. A witness said he saw the car toppling down the cliff. “We could see two people on the beach shortly afterwards presumably both occupants of the vehicle.” Another witness on the ferry said: “It came straight down and then rolled a couple of times at the bottom.”

The super-fan bought the iconic home from Steven Spielberg’s film ‘The Goonies for $1.65 million less than a week after it hit the market! The new buyer said that he hopes to preserve the integrity of the home, and reincorporate some fun aspects from the film. “Of course, no one gets in unless they do the truffle shuffle” he joked in his written statement. 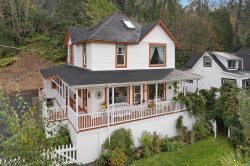 Australia’s first beach tennis facility to be built in Scarborough

Australia’s first dedicated beach tennis facility is coming to Scarborough. Tuko Maia and Clarisse Menezes, with the support of SSCC and the City of Stirling, plan to transform an unused barren bowling green into a beach arena with six white sandy courts, a clubhouse and storage facilities. 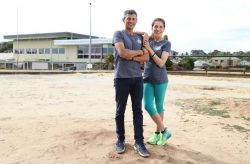