Rob Pope from Liverpool has become the first person to run the width of Ireland, and it took him less than a day! He ran 217 kilometres, which is estimated to be a 42-day walk, in just 23 hours and 38 minutes. The 44-year-old works as a veterinarian and had previously only managed to run 120 kilometres in a day. But he wanted to challenge himself by completing a 24-hour run. “A lot of people wanted to know how I felt while doing it, my feet really hurt, wow, my feet REALLY hurt! I also listened to the entire U2 discography from start to finish.”

South Fremantle’s most popular bars and cafes were forced to close over the weekend due to a lightning strike that destroyed a power pole. The pole spilt, spread debris across the road, and exposed some power lines. 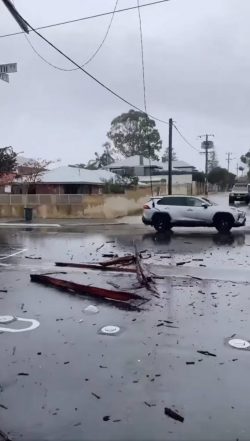 A retired couple has cracked the code to winning the lottery

Jerry and Marge Selbee accumulated $39 million over the past 9 years. In 2003, Jerry saw a brochure for a lottery game and spotted a loophole that would guarantee a win. He used their retirement money to test his theory and it worked! Their story has been turned into a film Jerry & Marge Go Large, starring Breaking Bad’s Bryan Cranston. 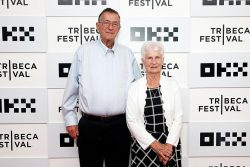