NEWSLI: A man gave CPR to his dog after a huge wave capsized his boat

A man gave CPR to his dog after a huge wave capsized his boat.

Tim Halden was on his boat, along with his son, mates and his dog, when disaster struck. A huge wave flipped the boat over. “The boat landed over on the top of me and I fought for a while to get out. I was wrapped in a few things and I was nearly out of air by the time I made it back to the surface.” Once he was free he realised his dog, a Jack Russell Pug named Roxy, was still under the vessel. He was able to rescue his pup and gave her mouth to mouth. “It went quick and slow all at the same time. It’s pretty hard to explain, but at least everyone is all right. Hopefully, the dog is all right, she’s off to the vet.” 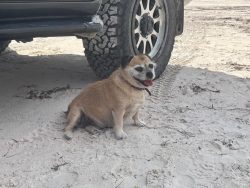 She explained her younger sister Ella and her husband Sam announced that they were expecting a baby girl. They held a baby shower and shared some of the names they were considering through a game. “We had a board of names up for us to pick out what we thought the name was. Pink comes out and we all cheer, Ella goes okay, name reveal. That’s when she pulls out a baby onesie With SAMNELLA on it. I laughed thinking it wasn’t real and said it sounds like food poisoning.” Her sister was furious and insisted that she should have kept her mouth shut. Many family members agreed that it sounded silly but have decided ‘her baby her name’.

More than 2000 satellites have been launched in a bid to provide fast broadband access to people in areas with unreliable connections. Dr Brad Tucker, an astrophysicist at the Australian National University said each dot is an individual satellite launched metres apart. “They always look weird … because they fly in these lines or constellations. We’re talking about a fairly close formation in a very tight orbit, and this is because they want this global [broadband] coverage. They need to have the satellites flying in flight paths so the exact same points are covered every time.”