98five is your place for hits with a positive difference! Here’s the new music you’ll be hearing on air!

Show-stopping vocalist, hitmaking songwriter, and dance music trailblazer Becky Hill has released her brand new single ‘Remember’, a collaboration with the legendary David Guetta. “In my opinion, Becky is becoming one of the very rare queens of dance of music” says Guetta. “She has an incredible voice and it felt so good to go back to house music for this record.”

The Dutch DJ has teamed up with Aussie singer-songwriter Amy Shark for their take on Bic Runga’s 90’s hit Sway. When it was originally released the song saw some success peaking at number 7 in New Zealand and 10 on Australian charts and won awards including “Single of the Year”.

Taya “For All My Life”

One of the most recognizable voices from United, Taya has branched out on her own with her lead single For All My Life. An impressive debut bluesy, pop and radio-friendly CCM track that shows off Taya’s powerful vocals.

I know You are there. You’re gonna make a way somehow. I know You’re working all things out. Don’t have to prove it ’cause I can feel You moving. My eyes have never seen, but my heart believes.

Citizens “Everything And More”

‘Everything And More’ emerged as lead singer Zach Bolen sat at the piano, “when I think back on it” he says, “this song was a springboard for discovery.” From this moment, every song came from living in a space of revelation and admission that perhaps God was bigger than one could possibly know. With this single kicking off a new season of music for them, Citizens aspire to bring people a smile, to find joy in the impossible and the mystery. ‘Everything And More’ turns our gaze to the beauty of the life found in God, one where millions of tiny miracles happen every day; one where hope can be found in the heartache too. “For me this song is about my own deeper discovery of God, but I want the listener to hear it through their own perspective” Zach concludes.

“I’ve been a believer for a little while now, but I remember a few years ago still holding on to some of the guilt & shame that came along with my mistakes. When I look back on bad decisions I’ve made, things that have been done to me, I would still see the hurt and I would still feel that pain. But the closer that I’d get to Jesus, the more I’d walk alongside of Him, follow after Him and see things from His point of view. So when I look back at those mistakes, they’re not there anymore. I just see His forgiveness. I see His hope and His mercy. And I see His grace. I wanted to write an anthem that cheered us all along as we follow after Jesus, knowing that when we look back on those things we just see a grace that is greater than all of our sin.” – Micah Tyler 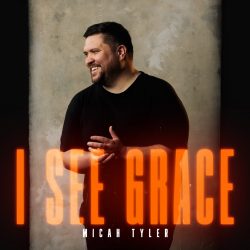 “Gratitude is a powerful weapon. And man I’m feeling so grateful right now. These past few months, though they have been hard, have been my favourite yet. So much to thank God for. Find something in this moment to just say a quick “thank you” to Jesus.” – Brandon Lake

Heard a song on 98five that you love, but not sure what it’s called? Find it on our Song Finder.