The James Webb Space Telescope is NASA’s successor to the famous Hubble telescope. The James Webb telescope launched on Christmas Day 2021, with the mission to study the earliest stars and peer further into the universe than ever before. Webb is currently at its observing spot, 1.6 million KMs away from the Earth and these are the first ever photos taken and shared from Webb.

The first image released delivers the deepest image of the universe yet. Affectionately known as Webb’s First Deep Field, this cluster is made up of thousands of galaxies. If you took a grain of rice and held it at arm’s length, that would give you an idea of how much space has been captured in this photo.

In the second released image, we get an unprecedented look at a neighbouring exoplanet. An exoplanet is a planet that exists in the Milky Way, but outside of our solar system. Using it’s 270-square-foot mirror, The Webb has captured distinct signs of water and clouds on WASP 96-b, which is 1,000 lightyears away from Earth.

Talk about saving the best for last.

The Webb has captured the two dying stars inside the Southern Ring Nebula in full view. Never before have astronomers seen the second, dusty star in such detail. 2,500 lightyears away this nebula is layered in rings of dust and gas, being expelled out from the stars as they die.

A ringside seat to galactic mergers Stephan’s Quintet is a group of five galaxies. This enormous image is Webb’s largest to date and is made up of 1,000 separate photos. Rarely do scientists see in so much detail how galaxies interact as they merge and disturb each other. This scene has been nicknamed “Cosmic Cliffs” as the gases, dust and stars from a nearby stellar nursery seem to make up a landscape of mountains and valleys. Some of these so-called mountains tower at 7 light years high!

These images were captured by the telescope’s Near-Infrared Camera (NIRCam). Which gives us full-colour photos, made of wavelengths that are not visible to the human eye!

What a treat it is to be able to marvel at creation. It’s no surprise that when He was done creating the sky and stars He said it was good.

As much as we have been enjoying taking in all the is captured in these photos, it’s sad to see that not everyone has had the same reaction. As these photos have been released and shared around social media, there have been many comments on these posts remarking on how these images make us, as individual people, seem so small and insignificant. But actually, these kinds of discoveries should have the opposite effect. Even though all of these breathtaking events that each span over light years are taking place, our God has a plan and a purpose for every one of our lives. He wants to know us all personally and loves us unconditionally. 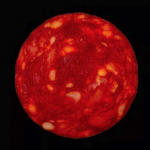 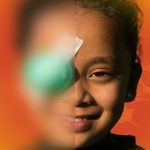