Bec and Jeziel spoke to Molly Reynolds who is the Director for the amazing documentary “My Name is Gulpilil”.  Molly mentioned some of the stories we’ll find in the documentary of David’s life such as him meeting the queen, Clint Eastwood, Bob Marley and Bruce Lee. 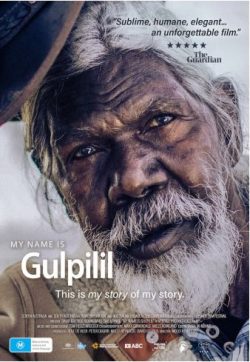 In 2017, actor David Gulpilil was diagnosed with Stage 4 lung cancer, and given a prognosis of 6 months to live. But always one to defy the odds, four years later Gulpilil marked 50 years on cinema screens and walked the red carpet at the world premiere of My Name is Gulpilil. Gulpilil is an iconic figure of Australian cinema. His mesmerizing, electrifying presence has leapt off the big screen and changed Australian screen representation forever.

The only actor to appear in both of the two highest grossing Australian films of all time, Crocodile Dundee (1986) and Australia (2008), Gulpilil is known throughout the world for his unforgettable performances – from his breakthrough in Walkabout (1971) to films including Storm Boy (1976), Mad Dog Morgan (1976), The Last Wave (1977), The Tracker (2002), Rabbit Proof Fence (2002), The Proposition (2005) and his Cannes Best Actor award winning role in Charlie’s Country (2013). Integral to the telling of so many legendary screen stories, Gulpilil, terminally ill, generously shares his own story with us in My Name is Gulpilil. The actor, dancer, singer and painter takes us boldly on the journey that is his most extraordinary, culture-clashing life.

You can have a look at the trailer here.

You can find tickets here.

Hear the full interview below: