Reading Time: 2 minutes
Rated: PG
“Youth is not a stage of life but a state of mind.” Michael Caine summed it up in that one sentence beautifully in My Generation, a documentary that is funny, very insightful & like its narrator Michael Caine just a little bit cheeky.
Having grown up with a British father who is a fan of Michael Caine (because well why wouldn’t you be – he is fantastic!) & who grew up in England during part of the era of this documentary I admit I was quite excited to see this. Yet it still ended up exceeding my expectations!
Delving into the late 50s to the 70s this film explores the cultural changes that occurred in Britain which made way for what most people know as the ‘British invasion’ in the mid-60s a phenomenon that had a massive impact on pop culture worldwide. Michael Caine with all the humour & wit that he is known for uses his own memories & those of his friends, McCartney, Daltrey, Twiggy and Marianne mixed beautifully with footage from that time to give the viewer not just a glimpse into the time but the feeling of reminiscing with friends or friends of your parents/grandparents. 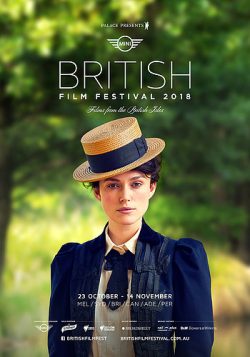 I often find we can sometimes struggle to remember or even to comprehend just how just how difficult, important & far reaching the cultural change was. Documentary’s like My Generation remind those of us who didn’t live it to acknowledge the fight & effort that was put into creating the lives/freedoms we have now.

For those who lived it it’s a beautiful tribute to the work & sacrifice made and a reminder of the passion of youth. For all of us, if we let it, it can be a wake-up call to the idea that as Caine says “Youth is not a stage of life but a state of mind!”
Warning: Film does contain include some inappropriate language, very little sexual content/nudity & suggestive dialogue (from archived footage) & drug references.
With the talent that is coming out of Britain in films right now, give yourself over to another ‘British invasion’ and check out the impressive range of British films at the British Film Festival presented by Mini (In Perth from 25th Oct to 14th Nov 2018).
My top pick is the classic film The Italian Job starring Michael Caine of course!
By Simone Cathryn.