A man, who enjoys ice cream as a cheat day treat, got on his mother-in-law’s bad side after he refused to let her lick his ice cream. He bought some ice cream for himself, his wife and his mother-in-law to enjoy. But when he was halfway through his popsicle, his mother-in-law asked if she could have a taste. “I politely told her no, but you can have my other ice cream stick that’s in the freezer, it’s the same flavour”. He recalled in a Reddit post. But she insisted that she just wanted a taste and not the whole thing.

So he offered her the rest of his ice cream and he would grab the other one from the freezer. “My mother-in-law told me that I didn’t have to do all that and I can just resume eating my first one once she’s finished trying it out. I said no thanks, to which both wifey and mother-in-law proceeded to call me greedy and selfish for not sharing.” He also added that his mother-in-law has a bad habit of letting her dogs lick her face and the inside of her mouth. Making her offer even less enticing. “I swear, I feel like any other person would have the same reaction as me in this situation. But both of them have made me question myself to if I’m seriously greedy.”

“What’s a few germs between family?”

“I will not share my ice cream with my in-laws because I’ve seen their dentures fall out!”

“Not a chance for anyone to get anywhere near my ice cream bowl or spoon.”

“When we were kids my sister and I shared a lollipop but no way now.”

Would you let your in-laws lick your ice cream? Let us know by texting or messaging us on socials. Listen to the full chat below! 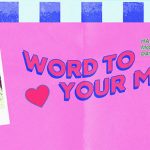 Word To Your Mother: Win a Mother’s Day gift! 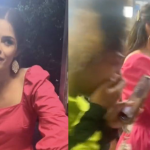 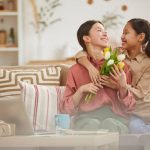