Every week Bec and Jeziel share a good news story that will make you smile!

Sisters found each other after spending 45 years apart. Despite sharing the same father, being the same age, living in the same city and their sons attending the same school. They were completely unaware of each other’s existence. They were born to different mothers, and due to unfortunate circumstances were separated 51 years ago. But they reunited after finding each other through Ancestry.com and immediately bonded.

A police department in California offered gas money in exchange for guns. The gun buyback event gave residents the chance to return unwanted firearms and receive a $50 fuel card. The event was a success as they collected guns from 134 people. In New York City, officials collected 69 weapons, at an event co-sponsored by a cheesecake chain restaurant. Turning in rifles, shotguns and air guns got $25 bank cards. While those turning in assault rifles or handguns got a $200 bank card and an iPad.

What did you think of these good news stories? Let us know by texting or messaging us on socials. Listen to the full chat below! 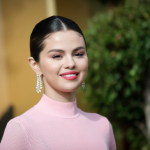