Let’s Get Passionate: A straw only has one hole

Let’s get passionate is a segment where producer Telana brings a controversial topic and Bec and Jeziel has to decided which side they want to go for. It is like a debate. The topic that is up for discussion is, “A straw only has one hole”. Bec and Jeziel had to decide if they agreed or disagreed. 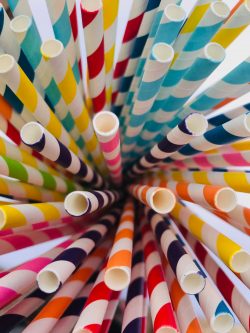 “If an item has depth therefore it has opposing sides, if there is an opening at either end, one would need to make those openings. Hence, two cuts, allowing 2 holes. A tunnel has a north and a south ending and thus has two holes” – Jeziel.

Bec went the opposite end. She reckons a straw only has one hole.

“If a hole has an entry and an exit it is a hole. If you dig through something you are making one hole, it is continuous, an optical illusion. For example a drink bottle spout has only one hole. A hole by definition has an entry and exit but it is just extended” – Bec.

Who do you think had the better argument? Let us know, send us a message on our text line or hit us up on our Facebook page or DM us on Instagram.

Have a listen to the chat below to see whose argument was better!

Let’s Get Passionate: Cereal IS a soup

Have you ever ran out of fuel?

Life Hacks: What is the cure for smelly shoes?

What celebrity would you want at your wedding?