Lego Masters 2022 is underway and we are already ‘blocked’ to our screens.

One of our favourite teams is Trent and Paul. Paul’s first Lego set was an auto service tow truck, which he built as a kid in 1979. Trent would save his pocket money for a year to splurge on Lego train sets. They joined Bec and Jeziel to tell us all about their favourite Lego builds and behind the scenes info.

Their favourite part of being on Lego Masters is hanging out with other Lego fanatics. “We were really lucky with our group of people. We just had a ball the whole time.” In terms of builds, they love looking back on their egyptian archaeological site. But are are happy to erase the memory of their werewolf wilderness retreat. “We had such a great idea in our head we just couldn’t seem to connect mentally with each other to work out how to achieve the goal.”

So they were super relieved to find out last night’s spooky build was not an elimination. “We thought we were going home last night. So it was a nice surprise.” Before the start of each build, teams only have 10-15 minutes to create an idea. But they are grateful for Brickman’s advice throughout the build, even if it doesn’t align with their vision. “It’s frustrating if Brickman is not seeing the vision. But it’s always constructive and he’s trying to get the best build out of it.”

You can watch Lego Master on Channel Nine Sunday at 7 pm and 7:30 pm on Monday and Tuesday. Who is your favourite Lego Masters team? Let us know by texting or messaging us on socials. Listen to the full chat below! 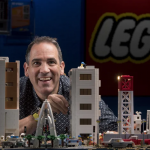 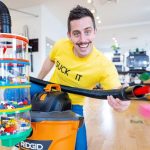 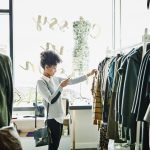 87% of people say that social impact builds their trust for an organisation.