Kylie Minogue and Jason Donovan are returning to Neighbours for the series finale. After 37 years Neighbours is coming to an end. Executive Producer Jason Herbison announced that they will be returning as their characters Charlene and Scott for the final episode. “Scott and Charlene are the ultimate Neighbours couple and it would not feel right to end the show without them.”

A video of a baggage handler comforting a scared dog went viral. It showed Virgin Australia baggage handler, Chad comforting Cooper the dog before his crate was loaded onto the plane. CEO Jayne Hrdlicka flew to Perth to commemorate Chad’s hard work and gifted him two business class tickets to a location of his choosing! 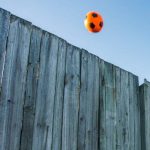 Can you go into your neighbours yard to fetch a ball without asking?