Reports that Kim Kardashian and her boyfriend Pete Davidson were spotted in Queensland have been revealed to only be half true.

Café workers claimed the celebrity couple dined at the café and requested a private room. Although Pete Davidson is in Queensland to film his upcoming movie, his girlfriend is still in Los Angeles. So Dan wanted to know when did you think you saw a celebrity?

While Chelsea was in New York she thought she saw McGee from NCIS “We ran 100m down the street so we could walk back past him again to be sure…It wasn’t him.” Patrick and his wife were in Chine and someone thought they were Mark Zuckerberg and his wife Priscilla Chan. “I mean we’re both awkward-looking white men?”

Meran and her husband were in Hawaii. They were on a bus and saw that was closed off to film Hawaii Five-O. The next day they told everyone on the bus what they saw. Then a police car drove past and everyone got excited. “It was just a regular police car but they were like oh my gosh it’s Hawaii Five-O.”

When did you think you saw a celebrity? Let us know your thoughts by texting or messaging us on socials. Listen to the full chat below! 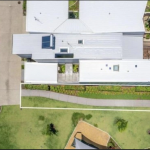 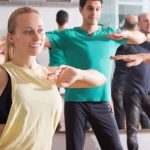