Kav Temperley talks about his new song and musical NFTs

Eskimo Joe’s frontman Kav Temperley’s voice has been the soundtrack of a generation of Australian music lovers. He joined Bec to talk about his new single ‘Machines of Love and Grace’ which is a part of his fourth coming solo album. 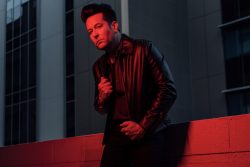 ‘Machines of Love and Grace’ describes the intense relationship we have with out phones. “Which is magical but also kind of weird and future shock-like.” This new song is one of many Kav created during the pandemic. Using it as a means to express the experience everyone was going through. “Pretty much my whole record kind of touches on all of those subjects…I spent a lot of time writing. “

Kav is also releasing musical NFTS, which consists of an original song you can’t find anywhere else attached to a unique graphic. “So it’s really exciting for fans but it’s also this whole other world of people in investing and doing all those things.”

Are you excited about Kav’s new album? Let us know by texting or messaging us on socials. Listen to the full chat below! 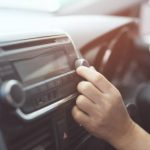