You may recognise The Breakfast’s Show’s special guest from popular TV shows Grey’s Anatomy or Private Practice, hanging out with McDreamy and McSteamy as Dr Addison Montgomery but her credits don’t stop there. Her performance in the Netflix drama series 13 Reason’s Why was critically acclaimed, a significant role as The Handler in The Umbrella Academy and recently in Emily in Paris are just a few to mention.

Not only has she been busy on the small screen but her new movie released this week and would you believe she has been quietly living among us (actually, we’re not too sure about the quietly part). We’re of course talking about Kate Walsh!

The first thing you’re probably wondering is how does Hollywood royalty end up setting up shop in little old Perth?

Kate travelled to Australia earlier this year, setting out to visit friends and discover all the beauty we have on offer. But lo and behold and pandemic took the world. As Kate is based in New York, a city where COVID was spreading rapidly, she couldn’t go home even if she had wanted to. In the face of all that, would anyone want to leave beautiful Perth? Of course not. So Kate decided to settle into Freo.

But it’s not all beach walks and cocktails for this actress.

“I went from a quiet, quiet COVID to rapid very, very quickly, all of a sudden. So it’s one extreme to the other.”

Kate is set to star in The Fremantle Theatre Company’s production ‘The Other Place‘ taking the stage in the beautiful Victoria Hall. Kate has also found herself heavily involved with the WA state government, hashing out grants for the film industry. Surprised by the fact we have no film studio in our state, while the Eastern cities and even Adelaide do, Kate is advocating that the state finds real estate for our own to entice international filmmakers to take up stock here. In between all of the appointments she’s even managed to pass her diving ticket and travel up and down the state.

“I learned, very quickly that the reason why a lot of productions aren’t here is because there isn’t a studio and not only because there’s not a studio, but because if we don’t have a studio, you don’t get the Commonwealth funding and tax credits. So you’re not even on the map, really for Los Angeles. It’s really critical that we do it for jobs, because it’s a really viable industry, and to compete with the East with Queensland and Sydney and Melbourne and, and even, you know, down in Adelaide, they have a studio. So if you have a studio, then you have a shot at international production calm and that’s jobs for everyone.” 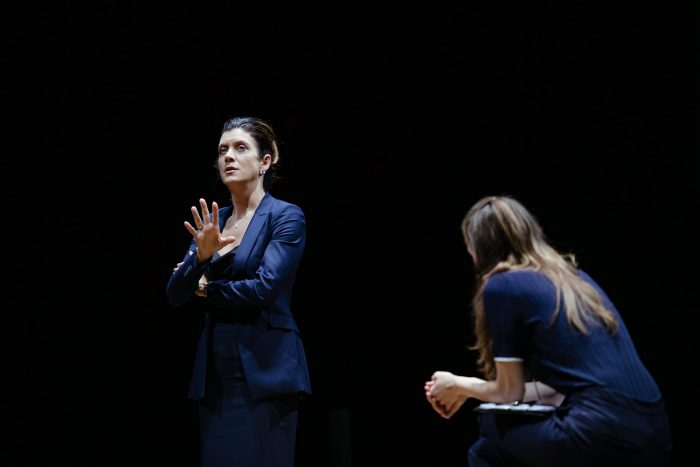 Before the world changed forever…

Before the world changed forever, Kate was back in the US filming her latest release with Liam Neeson called Honest Thief. It’s an action movie wrapped around a love story. A relationship to lean into with plenty of awesome action sequences, in which Kate actually does her own stunts.

Have a listen to the conversation The Brekky Show had with Kate Walsh below; there is lots to catch up on!

Honest Thief is rated M in cinemas now, find out how to win tickets to see the film in cinemas here.

Find out more information on The Other Place here.

Is the fear of failure holding you back?

Ride Like A Girl: A powerful look at striving for a dream as a girl

Rachel Griffiths, director of ‘Ride Like A Girl’ shares her story