had a bit of a sports chat with Chad about the latest news in sport!

AFL: Josh Kennedy’s retirement and the Freo Dockers go to the Finals

Yesterday the West Coast Eagles faced off against the Adelaide Crows at Optus Stadium. Although the Eagles took a 16-point loss it was a legendary game for Josh Kennedy, who kicked 8 goals in his final AFL match. “To kick 8 goals at 34 years of age – I’m not sure if unretiring is a thing?” The Fremantle Dockers have secured their spot in the finals with a 17-point win against the Western Bulldogs. “Huge news for Fremantle, they haven’t played finals since 2015.” 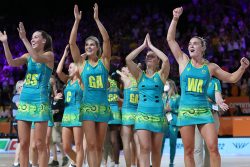 Peter Bol needed just 20 more metres to claim the historic gold but was ecstatic to win the silver medal in the 800m final. Ollie Hoare joined Herb Elliott as the only Australians to win the Commonwealth 1500m. Hoare was in fourth place but powered home in the last 100m to win in three minutes. Hoare dedicated the race to his grandfather, Sergeant Fred Hoare, a WWII veteran who passed away last week. The Diamonds won Australia’s 1000th Commonwealth Games gold medal, by beating Jamaica in the netball final. The Australian women’s cricket team also beat India in the finals by 17 runs. But Chad thinks cricket and netball should not be part of the Commonwealth Games. “With the Commonwealth Games, there are so many sports in there. But if your sport has a world cup like cricket or netball, it probably shouldn’t be in the Commonwealth Games or the Olympics. I’m wondering if it is worth it when there is a world cup for it?”

Do you think the Commonwealth Games need sports that have a world cup? Let us know by texting or messaging us on socials. Listen to the full chat below! Watering Day 2022: The final tally has been calculated… 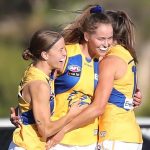 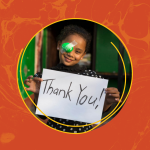