Joe White has been the winner of Fringe World Best Comedy Weekly Award, 3 years in a row! Recipient of the WA newspaper comedy choice award 2021. He is a regular on Australia comedy circuit and Fringe World.

You won’t want to miss his new show ‘Ethiopian and Still Not Hungry’, at Fringe World 2022! He joined Bec to tell us about his 5th appearance at Fringe World! “It’s a part of Perth entertainment that comes to life. There is comedy, circus shows…it’s buzzing.” But the highlight is meeting different people. “Dealing with many different types of hecklers, becoming friends with hecklers.”

His first show was called ‘Ethiopian and Not Hungry’ and received lots of positive feedback. “If its good I just stick with it.” Part of the proceeds from his shows, go to non-for-profit foundations. This year they donated to Kidane Mehret Children’s Home, an orphanage in Ethiopia. Next year they are donating to the Starlight Children’s Foundation. “I don’t want to wait until I’m selling out arenas to help. I want to help now. I want to get into the habit of giving now.”

Are you excited for Fringe World? Let us know your thoughts by texting or messaging us on socials. Listen to the full chat below! 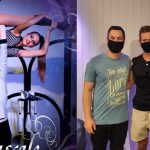 Cameo Rascale Is Returning to Fringe with a New & Exciting Performance 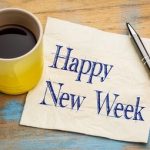