Hitched: Maintaining boundaries with the opposite sex

Pastor Phil Ayres from Kingdomcity Church joined Jeziel to explain how to create boundaries with the opposite sex in the context of maintaining a healthy marriage. The big question is do most people honour their vows and remain faithful for the duration of their marriage? Extramarital Affairs or infidelities are a lot more common than you think. Most estimates indicate that around 60% of men and 45% of women are willing to report that an affair has occurred sometime in their marriage. It suggests that 70% of all marriages experience an affair.

When Pastor Phil first started in ministry, The Pastor he worked alongside had an affair and it devasted the community “It devastated my sense of bearing as to where I was going and it reduced the church by one-third. It was the trust that was broken. The power of intimacy is built on exclusivity.”

So, can you have a close relationship with the opposite sex when you’re married? Willard F. Harle, Author of His Needs Her Needs, summarised a criterion for off-limits acquaintances of the opposite sex:

Let us know your thoughts by texting or messaging us on socials. Listen to the full chat below.

Hitched: Single Again and Looking for a Spouse 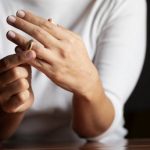 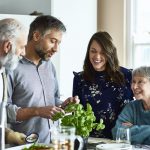 Newlyweds, you have to set boundaries with your parents 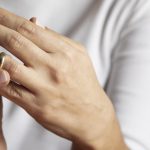 How to find your confidence after a divorce