Pastor Phil Ayres from Kingdomcity joins Mel and Jeziel in the studio to share wisdom on marriage and relationships. Phil has a passion for growing strong families, and is a goldmine of knowledge and advice. Phil says his passion stems from enduring many difficult years of marriage. After weathering the storm, his marriage is now stronger than ever, and he loves to share his expertise on marriage, relationships, and separation. 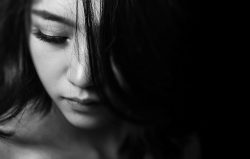 Before we get started on today’s sensitive subject, let’s look at some stats. In 2017, there were 112,954 marriages in Australia. In contrast, there were 40,032 divorces. About two thirds of marriages in Australia last the distance (roughly 64%). The average length of marriage has gone from 10 years in 1976, to 12 years. Additionally, the number of divorces has dropped from 63,000 in 1976.

So why has the divorce rate dropped?

Well if we look further at the stats, there are fewer marriages in general. So we know that a lot more couples aren’t marrying to begin with. Also, more couples are cohabiting before marriage, which may lead to a simple relationship break-up, rather than a divorce. Finally, the marriage age has increased.

While this knowledge can be gained from dry stats, Ps. Phil has a different view from the frontline. In his view, more couples, are participating in marriage training, better equipping them for marriage. In fact, in the past 30 years, 3 MILLION couples have participated in the Prepare/Enrich program. In fact, studies have shown that taking part in such a program increases the potential of a life long relationship by around 85%.

So does separation mean my marriage will end in divorce?

That’s a very subjective question, with a lot of variables:

Is the main goal when separated to get back together?

The goal is restoration of health and trust. Getting back together and not addressing the issue/s is a predictor of a long term breakdown. To rebuild, one must engage in smart communication with their partner. In general, there are two reactions to separation. The black out is to cut off all contact and communication. The melt down is quite the opposite. Emotional begging, pleading and even threatening. To enable smart communication, we need to get SMART:

A – Allow your spouse to talk

For all of Ps. Phil’s good advice, check out the podcast below:

Hitched: A battle strategy for staying together part 1