First time dads have a helping hand thanks to SMS

Being a new dad is life changing. You’re responsibilities change in a heart-beat from keeping fit, putting the washing out and ‘chillaxing’ on the couch to becoming a 24/7 superhero dad who changes dirty nappies and is responsible for a tiny human being.

Nothing compares to the joy of becoming a dad for the first time, but the transition to fatherhood is a high-risk period of mental distress for men.

For many first-time dads the sudden responsibility of caring for a new-born, expectations of providing financial support and the drastic change in lifestyle can take a toll. Research shows one in seven new dads experiences a high level of psychological distress while adjusting to fatherhood and one in 10 first-time fathers develops postnatal depression.

In 2015 beyondblue partnered with University of Newcastle and the Movember Foundation to create SMS4dads – a world-first, free Smartphone program dedicated to improving new dads’ mental health.

Dads who are consistently stressed or feeling low receive additional support and a phone call offering information about services.

SMS4dads project leader, University of Newcastle Associate Professor Richard Fletcher said the program worked because it was easy to access.

“Many fathers believe their main role is to provide for their family, which can place extraordinary pressure on their shoulders. Often, their own mental health is the last thing dads think about,” said Dr Fletcher.

“It can be hard to engage men, especially when it comes to mental health but this approach, using the latest digital technology, is convenient and appeals to men.”

beyondblue Project Manager Dr Luke Martin said anxiety and depression were common in new dads and although it was treatable, men were among the most reluctant to seek help.

“We need to find better ways to support new dads before they become distressed and the results from the SMS4dads trial show that this approach works.

“Having good mental health is vital for new dads because their health impacts their partner’s wellbeing and their baby’s development. Millions have been invested into providing mental health supports for new mums – and rightly so – but it’s also time we invested in supporting new dads.”

Whilst new fathers seem reluctant to pick up the phone to speak to someone about their parenting woes, Adam Warren, a dad to nine month old Mahalah said the SMS service helped him when he felt down.

“There were very mixed emotions coming into the pregnancy. I was feeling anxious but I also wanted to be prepared. It was really nice to receive a text message a couple of times a week, asking how I was doing.

“I tracked my mood and it went from quite low at the beginning to high with the birth… Some of the messages were light-hearted and funny – it felt good to have a laugh about noises in the nappy and fart jokes. Some of them were written like they from the baby, in baby talk, which really helped personalise her development for me, especially in the womb. I’d use it again for my second baby.” 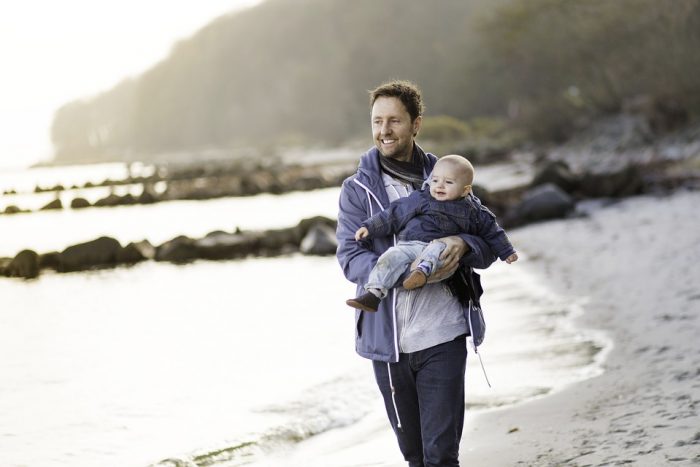 Masters Psychology: Self Care for Dads

Opening up about men’s health over a game of cricket