Do you remember your first mobile phone? I’ll never forget mine. At 12 years old, circa 2008, I managed to save up enough pocket money for a pink flip phone. If you asked me who I talked to on my very first phone call, however, there’s no way I could remember.

But the very first call ever to be made on a mobile phone will never be forgotten.

Let me take you back to the mid 70s when you had one landline, probably in the kitchen or family room, making it near impossible to have a private conversation with friends. Button phones were just starting to replace rotary phones and some even had redial!

Which kind of landline did you have growing up?

While we were struggling with phone cords and prying ears, engineers in New York were hustling trying to develop technology that would let you make a phone call from any location, it was the mobile phone of course. In 1973 Motorola finally cracked it, Martin Cooper, a Motorola research had a working prototype for the first-ever cellphone in his hands.

And what’s the first thing he did after successfully developing the first-ever mobile phone?

He made a phone call, the first-ever made on a mobile phone.

And the very first person he called was Joel S Engel. His competitor. So Cooper called a press conference, told all the journalists to come down to break Motorola’s big news. He held up a 1.1KG brick and says “this is the first mobile phone, I’ll prove it”. He punched in the number to call Joel at Bell Labs and said “hi Joel, it’s Marty did you know I’m calling you from a mobile telephone.” 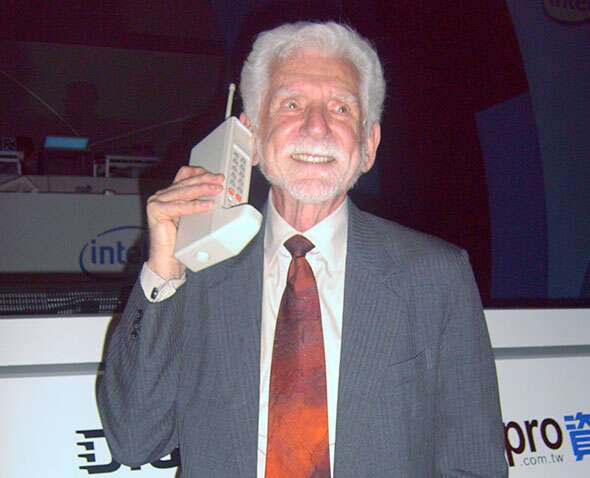 Apparently Joel was very polite but ended the call quite quickly.

Who would you call if you were the first to invent something? Let us know, Jeziel would love to hear from you! Text us, email us or send us a message on socials.

Once a week for their Believe it or Not segment Jeziel and Leon share a fun fact they’ve learnt over the last seven days, something that will make you raise an eyebrow and say ” sayy whhhhat?!”

Do your parents call you by your nickname?

Does using a phone wallet make you an old fuddy?